Gwalior to regain golden past in industry

Gwalior:Tuesday, July 29 :The Chief Minister Shri Shivraj Singh Chouhan, while inaugurating the Investors’ Meet here today said that concerted efforts would be made to restore the golden past of Gwalior in industry.

He announced that with a view to accelerating the pace of industrialization in Gwalior region, Gwalior would be placed in “C” categry.The Chief Minister also announced that for the facility of the entrepreneurs of Gwalior region the Udyog Mitra Yojana would be extended for another six years.

A total of 12 Memoranda of Understanding (MoUs) were signed for investment of Rs. 32,000 crore on the occasion. Besides, Japan External Trade Organization (Jetro) singed an MoU for Delhi-Mumbai Industrial Corridor.

The Chief Minister said that Delhi may be the capital of the country but endowed with immense natural resources, natural beauty and rich archaeological and cultural heritage Madhya Pradesh is the Heartland of the country. He said that till a few years back Madhya Pradesh was considered an industrially backward state due to lack of proper infrastructure. Realizing the importance of infrastructure the present government has paid utmost attention to this sector. As a result of this over 40 thousand km long quality roads have been constructed in the state. Madhya Pradesh is better placed in comparison to many other states in respect of power supply. Power generation capacity has been increased by 2950 MW over last four and half years in the state. Besides, irrigation potential has been created for additional 13 lakh hectare during the period. He said that modern methods of agriculture are being promoted in the state to make agriculture a lucrative proposition. He said that peace and order or a prerequisite for development and Madhya Pradesh is an island of peace.

The Chief Minister said that investors’ meets are not a political ritual for the present state government. It is all serious about it. As a result of this initial work on 95 percent of the 241 MoUs signed for investment of Rs. 2 lakh 77 thousand crore has already begun. Many industries have already gone into production. He said that Investment Facilitation Bill has already been passed in the state. The SEZ Act 2003 for Indore has been extended to entire state.

Referring to geographical condition of Gwalior region the Chief Mistier said that it is well connected by air, road and rail and its proximity to country’s capital Delhi is an added benefit. Therefore, investing in this region would be profitable. He called upon the industrialists to invest in this region, thereby earning profit and helping the state government in development of the state. He said that now the ravines of Gwalior region would no longer produce dacoits, but Jatropha. He invited the industrialists to invest in textiles, food processing and real estate sectors here.

The Minister for Industries Shri Jayant Malaiya said that this Investors’ Meet is another step forward towards making Madhya Pradesh a leading state of the country. He said that this meet would add new dimensions to development of this region. The Minister said that a congenial atmosphere has been created for rapid industrialization over last four and half years in the state. The industry-friendly policy of the state government has attracted investors from all over the country and the world. Now Madhya Pradesh has emerged as an ideal investment destination in the country.

Shri Malaiya said that excellent infrastructure would be developed to boost industrialization and export in Gwalior region. He said that Gwalior has immense possibilities for expansion of BPO services due to growing population pressure in Delhi. He said that a Habitat Centre is being established in Gwalior in seven and half acre which would throw open employment for a large number of youth.

It may be mentioned there that out of the MoUs signed today, MoUs worthy Rs. 2855 crore were for Gwalior region. A Rs. 1300 crore cement plant, a Rs. 1000 crore real estate unit, a Rs. 105 crore sponge iron unit and a Rs. 450 crore bio energy unit would be set up in this region. 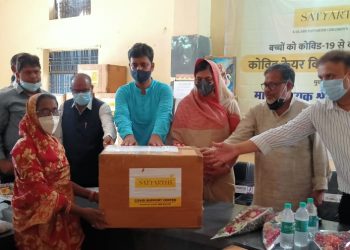 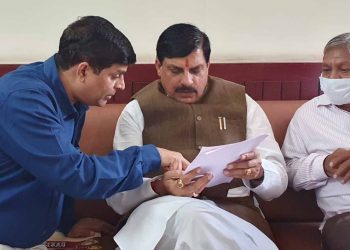 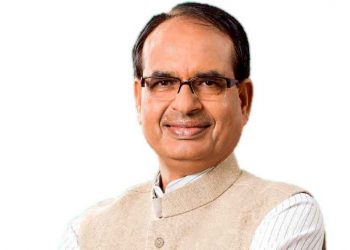 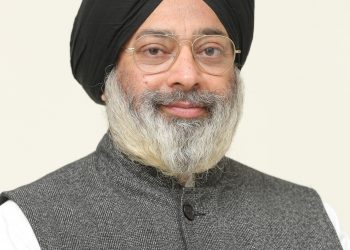 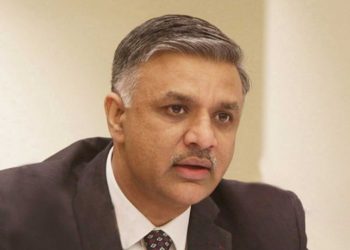 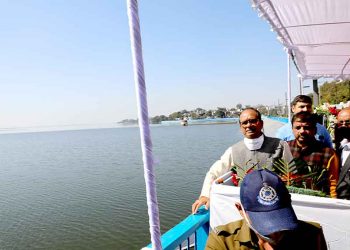