24 July :  A member of Bihar Legislative Council was on Friday arrested in connection with a number of criminal cases as soon as he stepped out of the House after taking oath.

Hulas Pandey, elected to the state Legislative Council as an Independent candidate for local bodies seat in Bhojpur, was arrested for his alleged involvement in more than six criminal cases, Superintendent of Police (Patna West) Varun Kumar Sinha said.

Soon after Chairman of the House Arun Kumar administered the oath to him, Pandey came out of the House premises where he was taken into custody by police, Sinha said.

The SP said four arrest warrants against him were pending in connection with criminal cases in Rohtas and Bhojpur districts.

Pandey has been sent to Ara to produce him before the civil court, he said. When being taken into custody, Pandey alleged that all the cases registered during the RJD rule were “false and fabricated”. 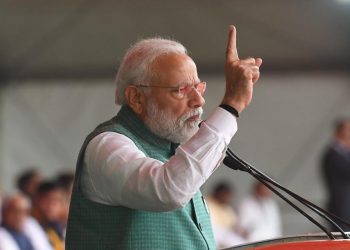 Women celebrate the festival of Teej across India