By Dirgha Raj Prasai : According to the Hindu Mythology, Lord Shiva (Pashupatinath) spend his moat of his time on the top of the holy mount Kailas Mansharobar, practicing Yogic austere, joy and love with his divine consort Parbati (mother of mythology), The Lake Mansarowers and the holy mount Kailas are the soul  of all OM followers in the world. The Lord Pashupathinath, Shoyambhunath, Lumbini, Barahachetra, Gosaikunda, Muktinath, Ridi, Janakidham, Devghat of Nepal, Kailash Mansharobar of Tibet (well accessed for  Hindus and Buddhas), and Tirupati, Rameshroram, Jagannath, Badrinath, Amarnath, Kedarnath  of India are the symbolic shrines of Hinduism & Buddhism. ‘Doleswar Mahadev (lord Shiv) (Shipadol-Bhaktapur-Nepal) is the head portion of the Kedarnath (lord Shiv). Shiv Puran also mentions It.’-(Shree 1008 Jagat Guru Bheemashankarling Shivacharya). Nepal is known pious land in the world. Hindu philosophy and its culture and tradition are the founder of world civilization. Hindu shrine Pashupatinath (Shiva) is the Lord of all Hindus. According to Hindu mythology, Shiva is worshipped as protector of all animals, including humans. The Nepalese and Indian Hindu men and women perform rituals for the Hindu god Lord Shiva- the god of destruction and creation. In Sivaratri, Axyatritiya, Janaipurnima, Tij and Sawan Mondays are most remarkable times in every year.  The Sawan Mondays is considered as the holiest month of the year. In the time of Sawan the Hindu men and women wearing red attire as well as green and yellow bangles. They pray for their own country’s peace and stability and the long and prosperous life for their husbands, sons-daughters and families. The young pray to achieve the good husband and wife. ‘Shiva is every where, he has left work for you, you have to work without expectation. ‘Shivaratri is celebrated with enthusiasm by the Hindus all over India. It is an important day for the followers of Lord Shiva. The celebrations are marked by fasting and the observance of a number of rituals. On the festival, as many as six types of Abhisheks (purifying) can be witnessed, each using milk, ghee, sugar, honey, water and sandalwood paste.

We pray to the Lord Shiva, as – “OM! O Shiva!  We worship and adore you, O three-eyed one, You are sweet gladness, the fragrance of life, who nourishes us, restores our health, and causes us to thrive. As, in due time, the stem of the cucumber weakens, and the gourd is freed from the vine, so free us from attachment and death, and do not withhold immortality.”
The Lord Pashupatinath Temple sits on a sacred river on the edge of Bagmati, Kathmandu the Bagmati River which runs next to Pashupatinath Temple have highly sacred properties. Thus the banks are lined with many Ghats for use by pilgrims. The complex rises up from the bank amid a mass of pagoda- style buildings. The temple moves to ancient rhythms. And one of its many traditions has been to recruit its priests from Brahmins from far-away south India. But, for the first time, the south Indians have been replaced by local, Nepali Maoist priests. It used to be that the temple authorities would appoint its priests in conjunction with the king- and he was always happy to maintain the link with south India. The fiercely secular communists would have few qualms about dispensing with the services of the south Indian Brahmins. Nepalese Maoists have tried to destroy the identity of Pashupatinath, Living Goddess Kumari, Bikram Sambat and its calendar and every norm of Hindus. In 2008, the Maoists have appointed their own people. We Nepalese people are worried that Pashupati complex is being used as a playground for politics.The Bhandaris are the traditional temple caretakers, including Nepalese nationalists the Bhandaris also protested against the decision of Maosts. The temple decision has led to demonstrations by Hindu groups. Nepal’s Supreme Court directed the temple authorities to clarify the controversy and not to let the newly appointed Nepali priests perform the rituals. The Supreme Court has ordered the trust to allow the three Indian priests to carry on with the rituals till its verdict.Traditionally; the temple authorities would appoint its priests in conjunction with the king.
King Gyanendra said to keep the hallowed Hindu shrine of Pashupatinath out of dispute and not to tarnish the image of Nepal as a country where different religions had co-existed in harmony down the ages’. So, the Pashupati temple should not be the place for the party’s decision. Almost in 1343 AD in the regime of Licchabi, Muslim ruler Samsuddin, who hailed from Bengal (India) attacked Kathmandu and attacked Pashupatinath temple.  After 665 years, more than a hundred Maoists and cadres of YCL (agnostic) broke the lock of the Pashupatinath’s main shrine and took the newly appointed priest. It was a matter of regret.

Now, since Sep.1st 2009 two priests had beaten by Maoists into the compound of Pashupatinath. The priests were badly injured. Since 300 hundred years, the priests are devoting in Pashupatinath as a pure Hindu but not as Indian. The tradition has been already establishing. Then, who can ovoid the cultural traditions? Cultural traditions can’t change by the political Party and constitution. But, now, that was a simple thing for Maoists to beat and thrash. A group of Maoists were active to disturb and abolish the Hindus cultural assets. The priest- Girish Bhatta and Raghavendra Bhatta, are not the problem, but that is the issues of abolishing the Hindu Monarch & Hindu Kingdom from Nepal. Hindus & Buddhists are feeling, without Nepalese monarchy, the culture and Dams, Temples of Nepal and India can’t save. In 1746 AD Pratap Malla the King of Kathmandu came in touch of Kartatac King and appointed Gyanananda & Lambakarna as priests of Pashupatinath. They were Tantrik (having mystic power). Till now, there are four Bhatta priests & 106 Newars as Bhandaris (store keepers & protectors) Bhandaris are chronologically important. Only those born in Devpatan, the Pashupati area are entitled for worshiping lord Pashupatinath. Bhandaris are the owners of their houses.

Pashupatinath’s area is regarded as one of the most important places of pilgrimages for the followers of Hinduism. Thousands of devotees from within and outside the country come to pay homage to Pashupatinath every day. And on special occasions like Ekadasi, Sankranti, Mahashivratri, Teej Akshaya, Rakshabandhan, Grahana (eclipse), Poornima (Full moon day) the whole atmosphere turns festive and mirthful as people congregate here in a far greater number. During the Shivaratri (also spelled Shivratri) festival Pashupatinath temple is lit with ghee lamps throughout the night and the temple remains open all night. Thousands of devotees take ritual baths in the Bagmati River on the day of the festival and observe a fast for the whole day. Hundreds of Sadhus (sages) from different parts of Nepal and India come here on the occasion of Maha Shivaratri.

The area of Pashupatinath  imcompasses 264 hectre of land including 518 temples and monuments. We want to protect and safeguard the heritage. The Rajbhandaris must be reinstated. The decision done by Maoist must be scraped out.  Maoist followed the villainous part as played by Samasuddin from Bangal having a force of thirty one thousand Muslims plundering and vandalized the faith and trust of Hindu & Buddhist in Bikram Era 1400. The last Licchivi regime was very weak. There was a great chaos after the Muslims attack. To save the regime from such a dreadful situation Jayasthiti Malla, the Ksha King having cooperation and assistance from kings of Palpa, Kaski, Gorkha and Lamjung, attacked vigorously on Muslim army. Thirty thousand and four hundred soldiers were killed and almost six hundred fled away. It is carved and can be seen in Bhatapur Taleju temple. Then, Jayasthiti Malla ascended the throne of Kathmandu and reconstructed the temple and constructed the Rama temple across the Bagmati river and established Kumbheshwar Mahadev and performed Kotihom ( oblation for one Crore over the sacred fire) He laid the strict rule regarding the entrance for the Hindus & Buddhists only. This is inviolable. But, now the Bagmati River is dirty and can be smelled well before it comes into sight. So, at any rate, it should be non-dirty. Now, the artificial problem has created to minimize the pious land by Christians. It is wrong for Christians to use the Sleshmantak Forest to dispose of their dead. As a member of the Nath Yogi Community have been burring there. In this context- Rampuria Baba, a sage from Maharashtra (India), said-‘Pashupatinath is our holy place. Why would Christians build their graves here? We should throw them out and remove all the stones.’ The secretary of the Pashupati Area Development Trust (PADT)- Sushi Nahata also said- ‘We have had to ban non-Hindu cremation and burials to uphold UNESCO rules.’ As the Nepali society is passing through the so-called ‘transitional phase. We, the Hindus al over the world have the courage to call spade a spade.

King Jyotirmalla writes in stone tablets- ‘about Pashupatinath in 1465 Bs, lord Pashupatinath having five mouths along with worship able Bashuki the holy serpent. King Pratap Malla was famous in stone tablets. Prithvinarayan shah the great, worshipped lord Pashupatinath duing his integration of Kingdom. It is stated in Lingua Bambshabali. Prithbinarayan Shah had got carved in Basantapur Place in 1826 Bs after his Victory over Kathmandu valley-‘ Lord Pashupatinath & Goddess Guheshwari may bless Nepal for keeping sovereignty and stability along with Shah popular Regime. Royal seals were attached regarding the worship of Lord Pashupatinath by King Ranabahadur Shah, King Mahendra, King Birendra and King Gyanendra as well. Since 1979 Unesco has kept this core area as a world heritage. It encompasses four hector of land as a very sensitive area. Let this government be away from imposing political interference over Hindus & Buddhists. The decision done in contravention of all the rules & the regulations regarding the Pashupatinath worship is scraped immediately.  But, now the Nepalese monarchy is absent. Without monarchy, Nepal and its religious culture and tradition can’t save. So, at any rate, Monarchy must be reinstated for the sake of the Nepalese sovereignty. So, this is the high time to be conscious & united on the part of Hindus, Buddhists in all over the world as well as all patriotic Nepalese. 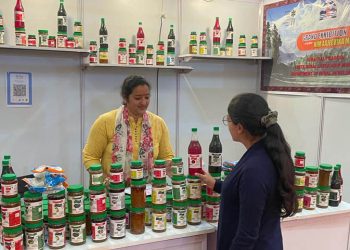 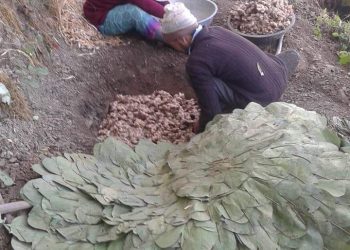 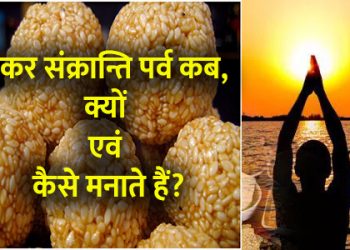 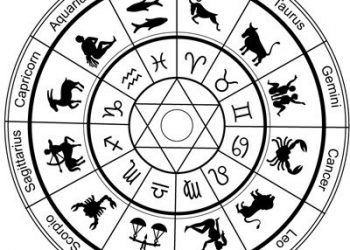 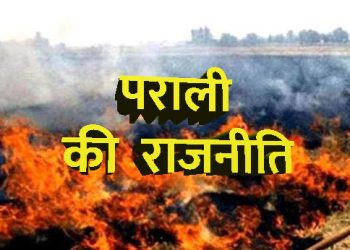 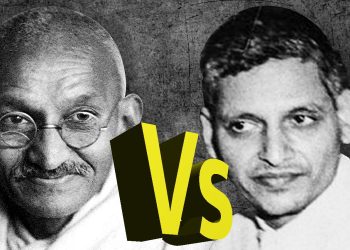